Harry Maguire insisted that there were “no excuses” for his miss from barely two yards out in Manchester United’s draw with AC Milan.

The Red Devils captain looked set to give the hosts the lead from a corner during Thursday’s Europa League tie.

However, after arriving at the back post to meet a Bruno Fernandes flick-on, his effort cannoned off the post.

The miss left Maguire staring in disbelief, but more crucially ended up costing United as they drew 1-1.

Indeed, the effort proved to be one of several chances – including one for Daniel James – which they squandered.

Speaking to MUTV, Maguire said: “I don’t know how it didn’t go in, I’ve got to score, I’ve got to find more contact.

“I was on the stretch, tried to react quickly, but I’ve got to find a way to put it into the back of the net. There are no excuses there.”

“They had quite a bit of the play but not the chances to go with it. At 1-0 we were in a great position and a set play has done us again.”

Substitute Amad Diallo put United in front with his first Old Trafford goal in style just after half time.

However, Swedish defender Simon Kjaer earned a crucial away goal in second-half stoppage time with a header. 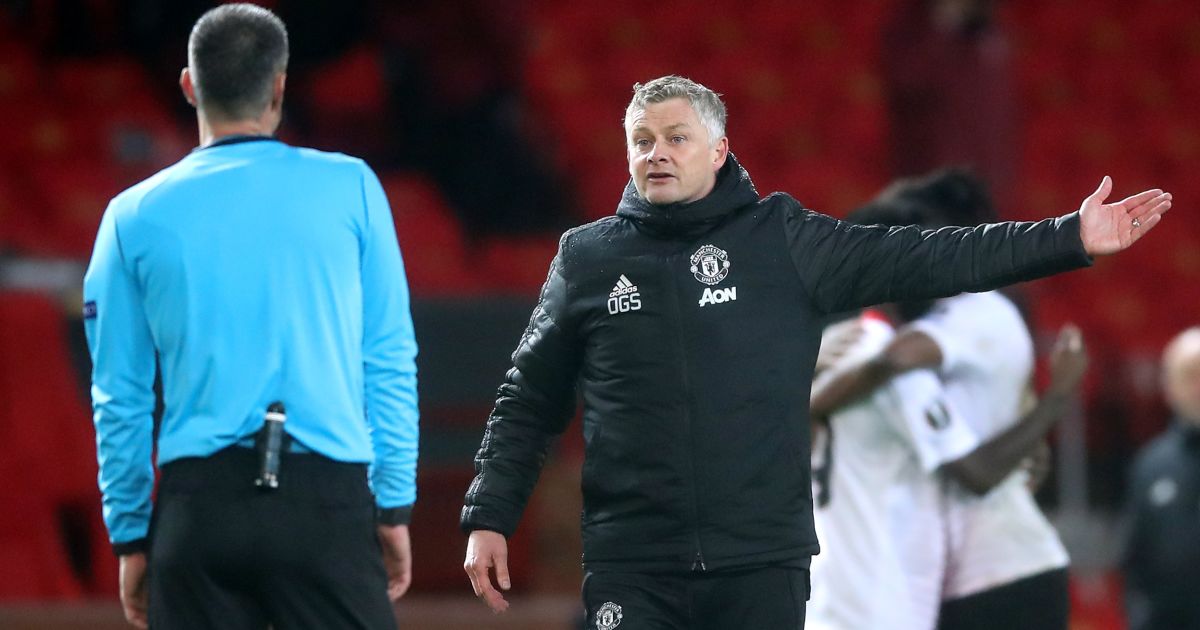 “I think the keeper gets his hand to it and changes the direction of it. It’s a reaction and unfortunately it hits the inside of the post and goes out.

“That’s a big moment. Dan [James] had a big moment in the second half, he could have slid instead of trying to score.

“We’re here, we know where we are and we need to go there and score. We’ve done that many a time in Europe.”