The proposed breakaway league involving England’s six biggest clubs fell flat on its face after universal condemnation this week. Protests have been seen in one form or another at each of the six as the fallout continues to rumble on.

From Liverpool’s perspective, owner John W. Henry took to social media to release a grovelling apology in the aftermath.

Klopp has endeavoured to keep his players’ focus on the race for top four. Though since the initial news broke, the Reds have dropped vital points in draws with Leeds Utd and Newcastle.

The German was again asked about the ESL prior to their clash with Steve Bruce’s men, and called for calm – especially among pundits.

“Look – it hurt a lot. Our owners made a mistake but they know it. What I didn’t like in that moment was [people] went in on us. We didn’t even know about it,” said Klopp.

Before adding: “We are still in a pandemic. All the pundits need to calm down. No one wanted it [the ESL] but the people who made the decisions know they made a mistake.”

That led to prominent pundit and presenter Lineker firing a strong rebuttal in which he described Klopp as “spectacularly tone deaf.”

Lineker said via Twitter: “A handful of owners try to tear our game apart and may well try to do so again, and we’re just told to ‘calm down and move on’.

“Huge admirer of Klopp but he’s spectacularly tone deaf here. Without the fans of our beautiful game it would be much uglier today.”

Meanwhile, Klopp says his Liverpool side do not “deserve” Champions League football next season based on their draw  against Newcastle at Anfield.

Newcastle midfielder Joe Willock snatched a 1-1 draw against Liverpool at Anfield with a goal in injury time. An extra minute was added for a VAR decision which had ruled out a Callum Wilson goal in stoppage time and on-loan Arsenal man Willock took full advantage.

The unconvincing performance did little for Reds boss Klopp’s hopes of restoring the club’s battered reputation in the wake of the Super League controversy and even less for their top-four aspirations.

Speaking to BT Sport after the match, Klopp said: “We scored a wonderful goal, didn’t finish the game off. We didn’t play enough.

“A counter attack can happen but we had to just keep going, keep the ball and make them run. We kept them alive and they deserved the goal. They scored the one before, unlucky for Wilson but it is handball. We don’t even take this present. Really tough to take.

“Why it happened? I don’t know. We had to keep the ball. In a specific way we don’t fight enough. Keep ourselves in a position where we dominant the game. 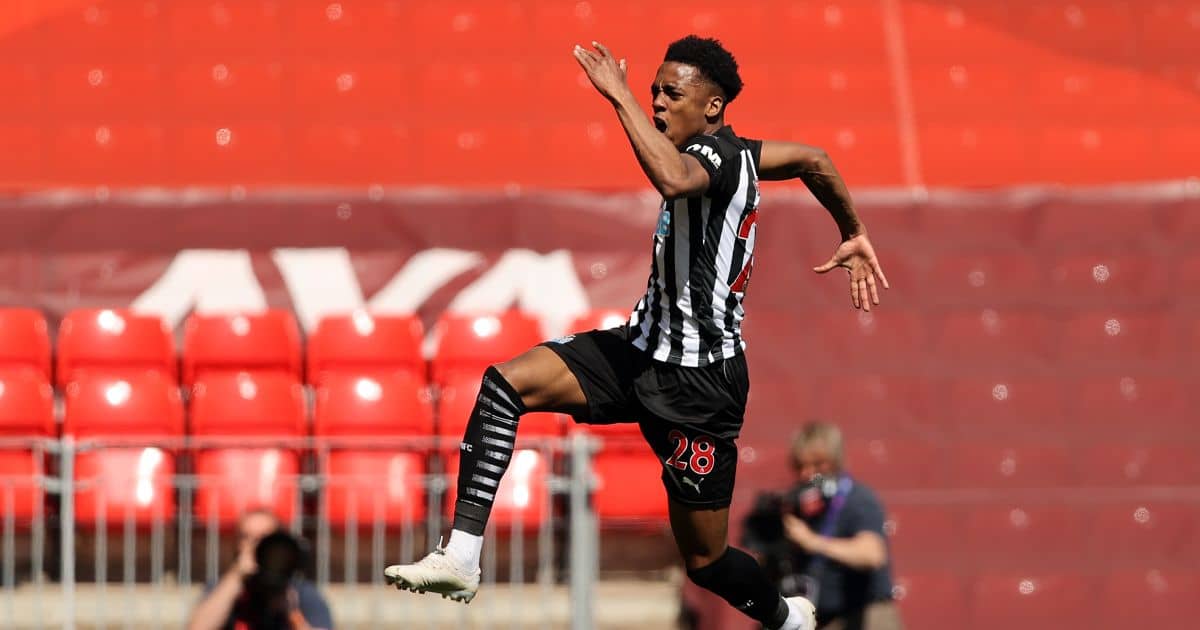 “We had 70% of the ball, we should have 80%. We created a lot of chances, didn’t score with them, so we have to create more. That is how it is. We don’t do that well at the moment.

“They fought for it and we got nothing pretty much, but a point. It feels like a defeat.